The Science Behind Eye Movement Perimetry 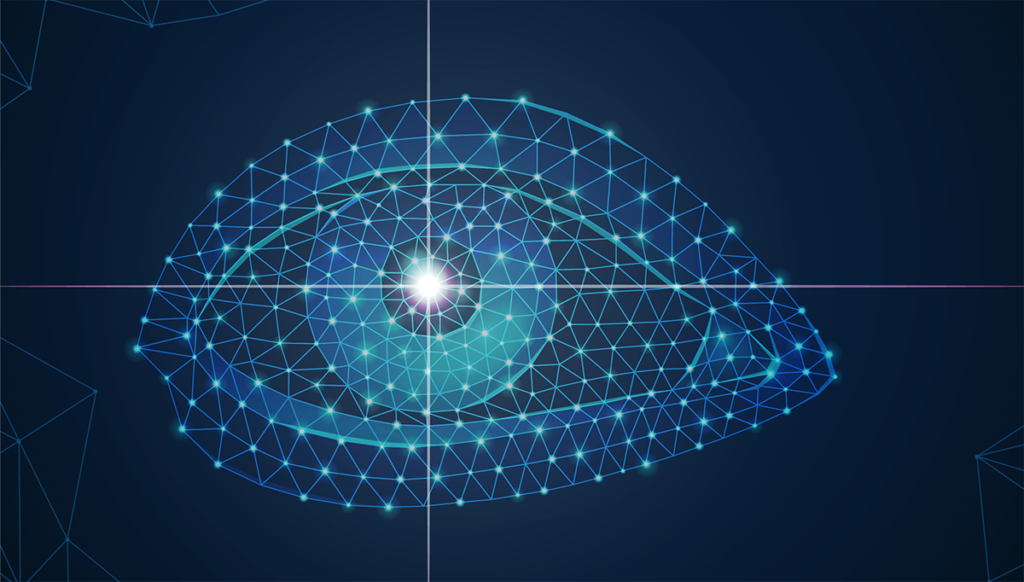 In this overview article, we aim to show that Bulbitech’s approach to perimetry has a sound physiological and empirical basis, ratified by peer-reviewed articles. We assume a basic knowledge of glaucoma and perimetry, and will follow a chronological approach. The article is not meant to be comprehensive, and thus only presents selected highlights.

Perimetry builds a map of the brain’s ability to perceive responses to peripheral stimuli. To register these responses, all practical perimetry requires patient feedback. Whereas standard automatic perimetry (SAP) employs a pushbutton, eye movement perimetry (EMP) registers eye movements and determines response based on these.

SAP employs a complicated response circuit requiring a high degree of conscious interaction, and ability to keep looking straight ahead even when a new stimulus is presented in the periphery, thus suppressing a natural reflex. EMP utilizes this inbuilt reflex – looking in the direction of a new stimulus. Mainly for this reason, EMP is generally easier to learn and proceeds faster than SAP.

The seminal paper on visual field testing (VFT) using EMP was published by Kim et al in 1989. Their approach to EMP was compared with prolonged central fixation (PCF) SAP. VFT sensitivity was found to be 100%, specificity 23%. Low specificity was attributed to the technician’s inability to accurately monitor small eye movements in the central 6 degree of the visual field. This study concluded that EMP can be used as an alternative method to SAP if eye tracking capable of monitoring small eye movements was adapted.

There are several eye movement parameters that can be monitored in order to determine whether a stimulus has been seen. One of these is the saccadic reaction time (SRT), which is the delay between the presentation of a stimulus and the initiation of the subsequent saccade towards the stimulus.

In 2012, Kanjee et al demonstrated that median SRT was prolonged and frequently express saccades were significantly decreased in glaucomas of varying severity compared to normal subjects.

Further details were added by Pel et al in 2013. In healthy eyes, low SRT variability was found within the central 30° of the visual field. The SRT variance was independent of the test stimulus location in 75% of test locations. The authors concluded that the SRT values for the visual field responses might be a potential marker to detect risk areas in specific parts of the visual field.

This was confirmed by Mazumdar et al in 2014. 25 glaucoma subjects and 54 normal subjects were tested using EMP. Results showed that SRTs were delayed in glaucoma patients across different eccentricities.

These findings prompted the founders of Bulbitech to develop the first prototype SRT perimeter. 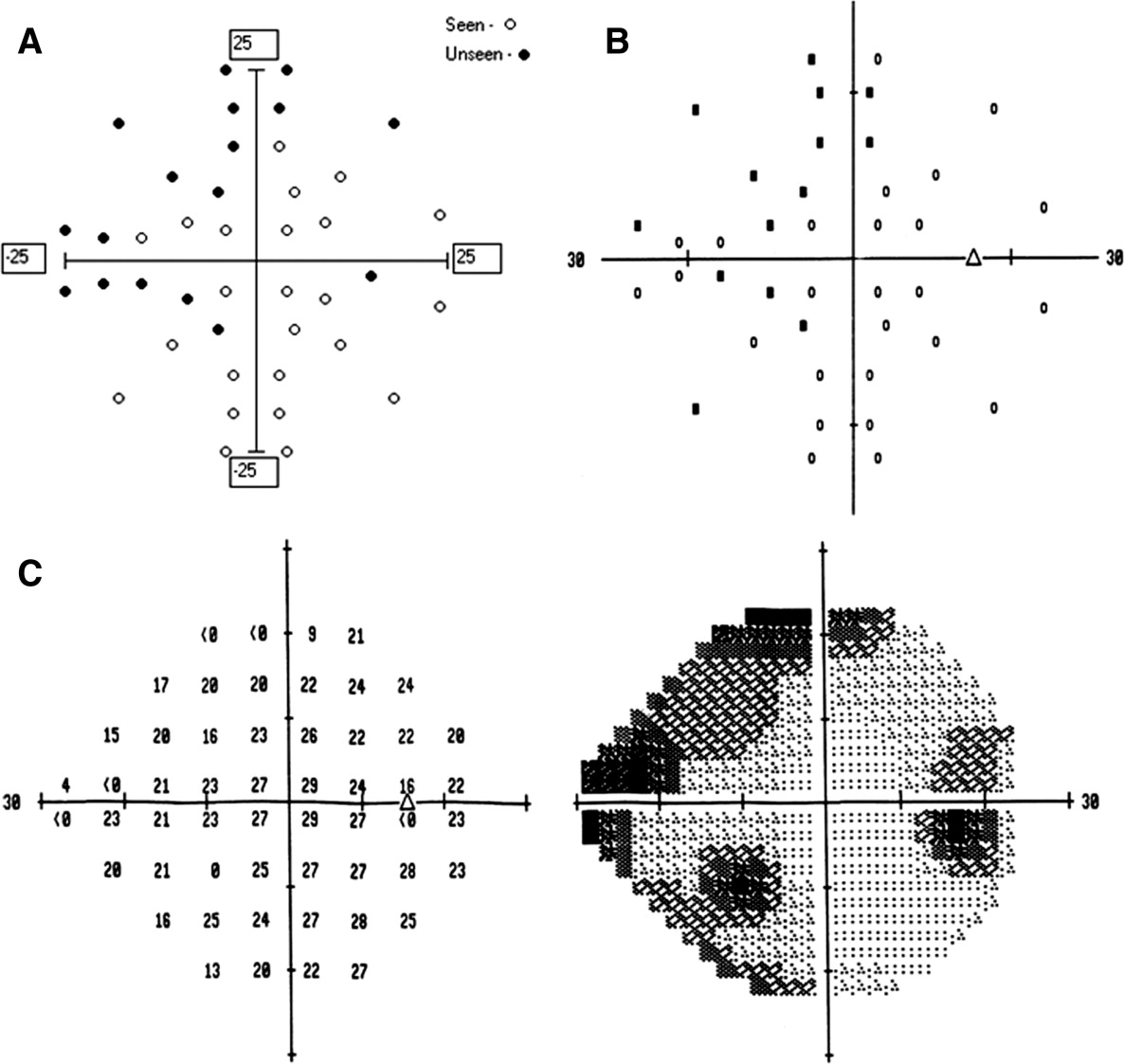 Saccadic vector optokinetic perimetry (SVOP) elaborates upon SRT by also taking saccade direction into consideration. In 2017, Murray et al published results of  SVOP compared with SAP in normal subjects and glaucoma patients. Excellent repeatability and agreement between both SAP and SVOP mean threshold values. Thus, the study concluded that the SVOP is repeatable and comparable with gold standard SAP.

Murray et al, 2018 elaborated upon this and found sensitivity of 90.9%, specificity of 88.5% and accuracy of 89% was observed when analysing the visual field pattern results in comparison with the Humphrey visual field analyser. 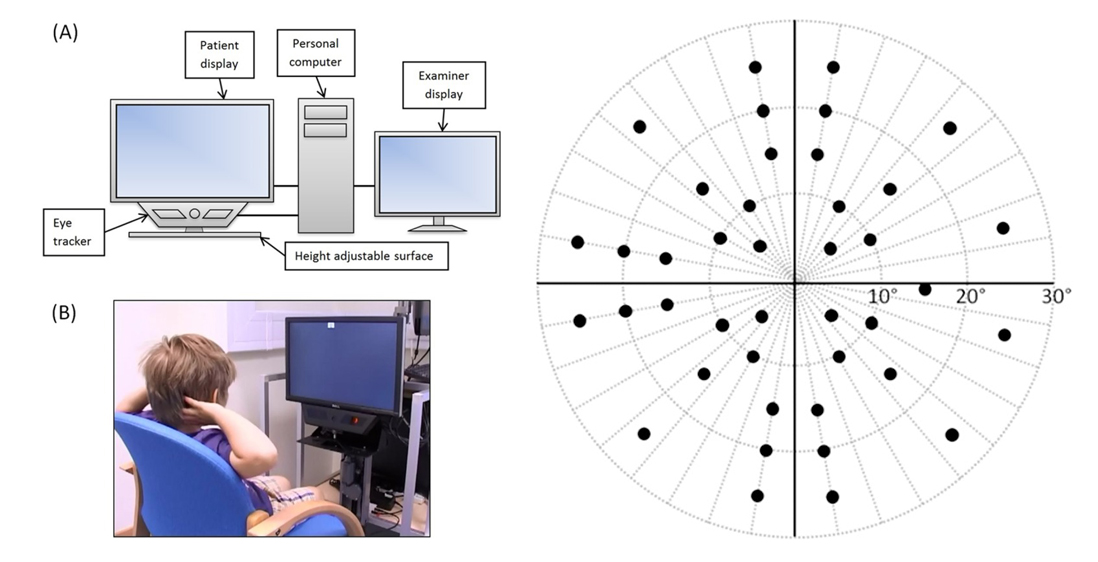 Determination of a Screening Grid

In order to make glaucoma screening swift and sensitive, a suitable screening grid should be selected. Kadavath et al, 2017 presented one such approach. Based on the values of each peripheral target plotted under receiver operating characteristic (ROC) curve and cut off criteria of Area Under the Curve (AUC), 10 out of 36 locations were eliminated, resulting in a test grid containing 26 test locations that were found to be susceptible for glaucomatous damage. The grid predominantly tests nasal, superior and inferior visual fields. Validation of the modified grid showed a 90.4% screening accuracy. 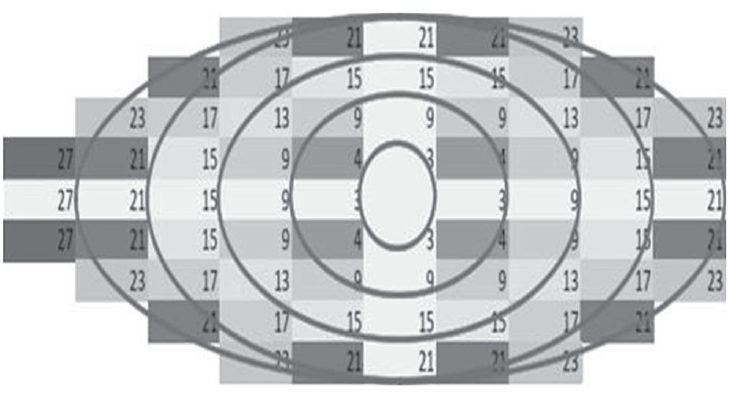 Meethal et al in 2019 compared EMP with frequency doubling perimetry (FDP). A total of 104 healthy subjects and 73 glaucoma patients included in the study underwent comprehensive eye examination followed by 26-point EMP protocol testing and C-20-1 protocol testing in FDP. Results showed that the customised EMP protocol provided an efficient and rapid means of screening glaucomatous visual field defects, comparing favourably with FDP. A questionnaire done as part of this study showed that 37% of the older age group healthy subjects and 65% of patients with moderate and severe visual field defects, preferred EMP over FDP.

Mazumdar et al in 2020 created visual field probability plots based on SRTs. The plots were evaluated for their clinical applicability in terms of presence, location and extent of visual field defects by two glaucoma specialists9. They showed 100% sensitivity in identifying normal versus abnormal visual field with a specificity of 93% and 96% respectively. 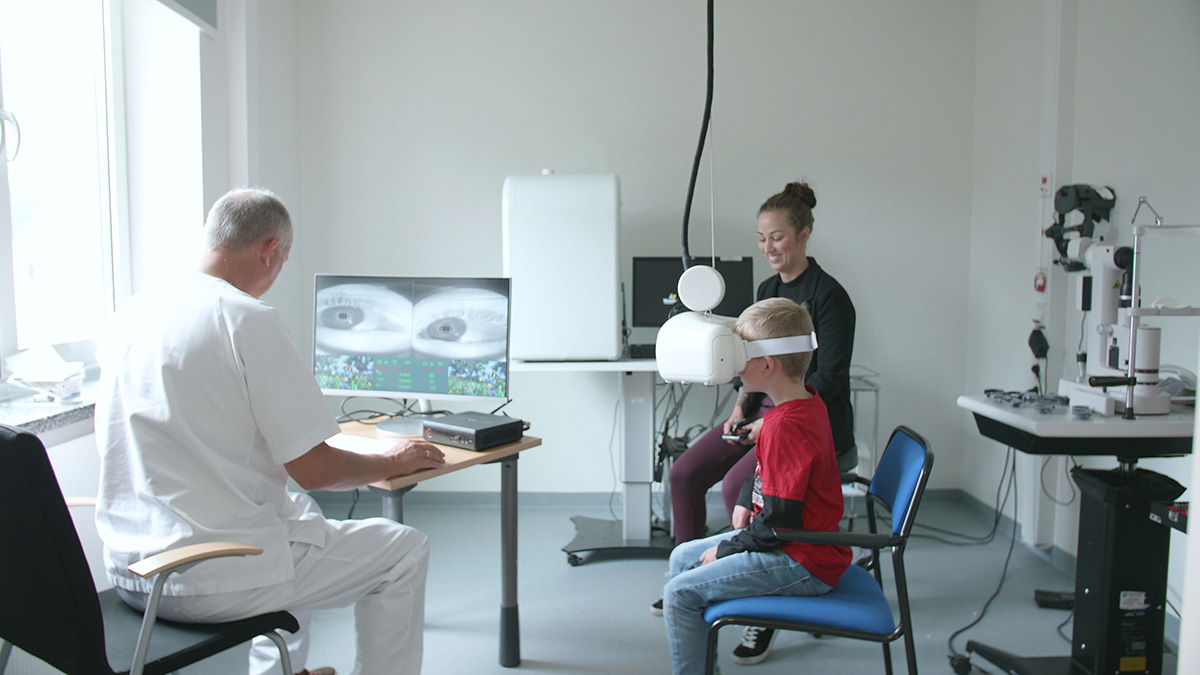 While the aim is not necessarily for EMP to replace SAP, EMP has its advantages, especially as it is faster than SAP, and more amenable to adults who are not at their prime intellectually and children.

As part of CE/FDA certification, BulbiCAM devices have shown excellent stability. The next step in our clinical roadmap is to determine the broader appeal of BulbiCAM and EMP in a clinical trial set-up on patients with glaucoma, and selected patients not able to perform SAP.

Furthermore, we are planning a longitudinal multi-centre study to assess the clinical performance of the EMP test by evaluating its predictive value in patients with (suspected) glaucoma. The BulbiCAM EMP will be cross-classified with classification rules based on existing structural and functional tests and patient outcomes in follow-up examinations after 9 and 18 months.

Bulbitech EMP and its Role in Glaucoma Management

The overall aim of the latter study is to assess the additional value of the EMP test in glaucoma management. To answer this question, the following five objectives are formulated:

EMP is barely a decade old, but has already shown itself to be a capable method of surveying visual fields, comparable with SAP. Its parameters, including SRT and direction, will likely provide ever improving diagnostics.

Bulbitech EMP is based on cutting edge research, and will likely soon be validated for glaucoma screening and progression, providing faster and easier to learn perimetry.